Your browser is not supported for this experience.
We recommend using Chrome, Firefox, Edge, or Safari.

Here’s much of the information you need to start planning the perfect production in Southern Arizona. If you want further assistance we are glad to help. Please contact Peter Catalanotte, Director, at 520.770.2172 or e-mail pcatalanotte@VisitTucson.org.

If you are planning a production using the property of Pima County or the City of Tucson, the Film Tucson staff guarantees the elimination of the red tape associated with local film production. We provide no-fee permits and will personally assist with location scouting as well as coordinate arrangements with Fire, Police, and Traffic Engineering Department personnel. In short, our office is well qualified to assist with all your local filming needs to ensure a happy and successful production.

Below is a summary of the necessary permits and guidelines:

(This does not include private property.)

Certificates of Insurance for coverage as described in the agreement shall be filed with the licensor prior to the commencement of any action under this agreement. The City of Tucson must be added as additional insured. The minimum amount of insurance is one million dollars per occurrence.

Download a PDF file of the City of Tucson License/Bailment Agreement.

Film Tucson also works closely with the Civic/Special Events Coordinator of the Tucson Police Department in determining whether barricades, traffic control devices and/or police officers are to be obtained as a condition of the permit by the production company. If you have specific questions regarding safety considerations, contact the Civic/Special Events Office at 520.837.8011 for assistance.

(This does not include private property)

Film companies requesting the use of Pima County rights-of-way or land on which to film must complete an application for Special Use Permit and provide a Certificate of Insurance listing Pima County as additionally insured. Insurance coverage limits between one million dollars and five million dollars, depending on the type of film project.

Non-commercial one day low-impact photography projects (such as wedding pictures, team photographs, family photos, etc.) requesting the use of Pima County properties must complete the Pima County Filming Permit Short Form and provide a Certificate of Insurance listing “Pima County and its Districts” as additionally insured.

Upon completion, scan and email it to NRPR.info@pima.gov (this information is also on the form itself).

City of Tucson/Pima County guidelines for filming in residential neighborhoods and on commercial streets.

The company must meet with and explain to homeowners the extent of production within a minimum of two blocks from the location where filming is to take place. The company must meet with and receive permission from neighborhood association or individual occupants. Contact the City of Tucson Department of Neighborhood Resources at 520.837.5013 to determine what association to contact.

The company needs to supply neighborhood association, homeowner or current occupants a written filming schedule that includes dates, times, locations and any foreseen traffic problems. The company will limit all set construction on residential streets between 7:30 a.m. and 6:00 p.m. Monday through Saturday.

Any and all financial arrangements will be negotiated between the film company and the homeowners/occupants directly.

A copy of the location agreement (excluding dollar amounts or fees) between homeowner associations or individual occupants needs to be attached to the film permit and forwarded to the Film Tucson.

Film companies are required to follow the terms of this guideline to ensure issuance of a permit. A copy of the permit is available at the Film Tucson. We will assist you in accomplishing these guidelines.

State and Federal Permits and Insurance

Arizona Film & Digital Media will assist you in identifying your permitting authorities in local, state, county, federal, and tribal jurisdictions. For assistance, register your project with the state.

For filming on all Arizona Department of Transportation (ADOT) maintained highways and roads, a PDF download of the State Highway Permit is available from the Arizona Office of Film & Digital Media at www.azcommerce.com/film-media/permits.

State Trust Land occurs sporadically throughout Arizona. Visit the State Land Department’s GIS map to find out what areas fall into this category. A link to this GIS map, as well as a PDF file of the State Land Permit, are both available from Arizona Film & Digital Media at www.azcommerce.com/film-media/permits.

Filming on these properties is fee-free in most instances and is facilitated through the Department of Administration with Nola Barnes at 602.542.1954.

These lands require permits issued by the respective authorities and have varying fee structures particular to each. Contact names, numbers, and directions are available through the Film Tucson and/or Arizona Film & Digital Media. (National Parks, Forests, Recreation Areas and Bureau of Land Management [BLM] controlled lands are federal.)

All Native Reservations require permits issued by the respective Tribal Governments. Permit fees may be required. In some instances, other jurisdictions may be involved and also require permits. Arizona Film & Digital Media and Film Tucson will assist you with any permit.

There are a wide variety of local requirements for permits within these jurisdictions. In general, most require the following: a certificate of insurance naming them as “additionally insured” and “held harmless” and showing a minimum of $1,000,000 coverage.

Film Tucson and Arizona Film & Digital Media will assist you with permits in these areas.

Arizona is a right-to-work state that welcomes both union and non-union film projects. “Right-to-work” essentially means that no one can be compelled to join a union, nor can employment be withheld because of membership or non-membership in a union, and further, that it is a matter of choice for the employer, employee and the production.

It is the responsibility of each production to make the appropriate contract and hiring determinations. It should be noted that it is illegal under Federal law for an employer to discriminate in regard to hire or tenure of employment so as to encourage or discourage membership in any organization.

Child labor laws for the State of Arizona fall under the jurisdiction of the Arizona Industrial Commission, Labor Department. It requires that child performers in a motion picture, television, radio and theatrical productions be recorded before production commences. A letter from the production company should include the following information:

Send the above letter to the following:

All current Youth Employment Laws are available for download from the website of the Arizona Office of Film & Digital Media at www.azcommerce.com/Film/

With regards to Arizona labor laws, it is inappropriate for the Film Tucson to provide legal advice. Questions regarding the State of Arizona’s labor laws can be addressed through the Attorney General’s office:

Film Tucson does not function in any law enforcement capacity. Law enforcement agencies are determined by jurisdictional authority predicated on a project’s filming locations, whether city, county, state, tribal or federal. Appropriately, each should be contacted directly for more information.

No person may carry a concealed weapon (gun, knife, nunchucks, etc.) other than a peace officer unless they have been licensed through the Department of Public Safety. A person may, however, carry a weapon in plain view except where prohibited by local ordinance. Shop owners may refuse to allow a person on their premises with a weapon or require the surrender of the weapon while on their premises.

The discharge of a gun may be in violation of various laws, including discharging across a highway, within 1/4 mile of a residence, in the direction of another person, and more. Most cities and towns have local ordinances against discharge within their jurisdictions.

In all cases where a production includes the discharge of a weapon, it is appropriate to contact the local police department to determine the state/local laws applicable to the area of the production.

The Tucson Fire Department (TFD) requires an equivalent to the State of California’s Blaster’s Card or an A.T.F. Card that licenses an individual to detonate explosive charges. Local jurisdictions may require a fireworks/pyrotechnic card as issued by the TFD. Licensed explosive and pyrotechnic personnel should always be prepared to provide copies of their California license. In all circumstances, a production company anticipating the use of explosives must contact the local Fire Chief or Fire Marshal for a permit to detonate explosive devices. Arizona has adopted and enforces the Uniform Fire Code, 1997 Edition, which is enforced by the Tucson Fire Prevention Hazardous Materials Office (520.791.4014, fax 520.791.5346) and the Code of Federal Regulations, Part 49, which governs the transportation of explosives. In Arizona, Part 49 is enforced by the Department of Public Safety/Arizona Highway Patrol.

Contact the State Fire Marshal to determine what local jurisdiction issues the appropriate permit for the area in which you’re working or for additional information. The office of the Fire Marshal should be contacted for any information concerning jurisdictional issues, local fire department contacts, and telephone numbers, or any other assistance you may require.

Liaison — Work with city, county, state and federal agencies as well as institutions and assist with individual property owners to coordinate neighborhood needs.

Production — Provide information on accommodations, equipment, crew and local suppliers. We are available 24 hours a day to troubleshoot issues.

Additionally, we provide no-fee permits, production manuals which include professionally skilled crew and reliable information regarding a Tucson shoot. We can personally assist with location scoutings as well as coordinate arrangements with Fire, Police, and Traffic Engineering Department personnel. We strive to make your location filming an efficient, cost-effective and enjoyable experience. Whatever your budget or production needs may be, Film Tucson is willing to assist you. Watch our clip reel, Tucson On Film, to see for yourself the legacy of film in Southern Arizona. Visit us on Facebook for the current film news and all the latest info on Tucson's robust local film community. 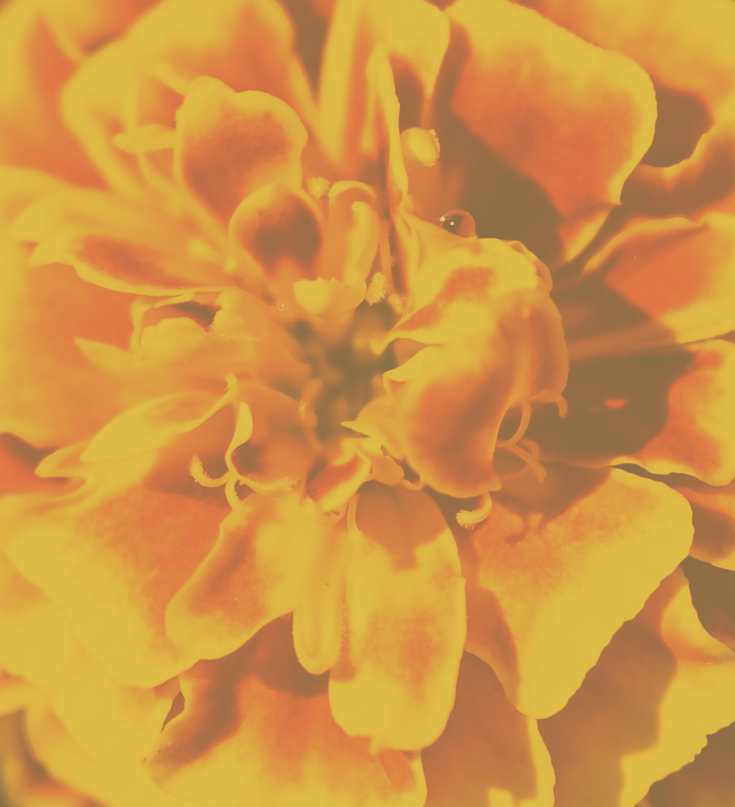 Show Dates: January 25th - February 12th, 2023 Hours: 10:00am - 6:00pm We are dealers from all over the world, specializing in minerals, gemstones, fossils, petrified wood carvings, stone sculptures, fluorite spheres, gift items etc. Our products are for both wholesale and retail. Please come and visit us at 1801 N. Oracle Road during the Tucson Mineral, Gem & Fossil Show to get quality goods with the best…